I was spooked by the warnings of “Fake Yeti” cups. I don’t think any of these are made in Texas any longer, although they once were, hence the warnings about fakes. My local ACE Hardware sells the complete line of Yeti products. I checked a bunch of those, and all were “Fake” according to some of these warnings. 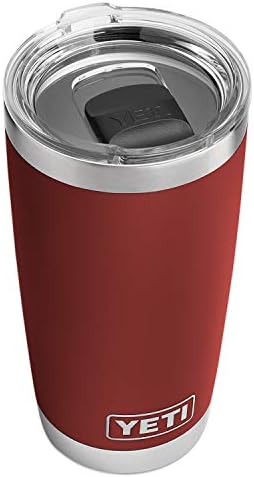 I decided to order from Amazon simply so I could get the nice aqua-blue color — and to get the nifty sliding cover, which my ACE does not carry. The color is beautiful, and the sliding cover is nearly — though not completely — leak proof. The cover seals well enough for my purposes, which is to rest in the truck cup holder.

Yeti makes cups with screw on tops which could be dropped into a backpack. I could buy one of those from the local ACE if I ever need one. Photo included. Notice I have washed the YETI and have removed the cap so that it can evaporate and dry here on the kitchen counter-top in my photo.

Dan Daniel is a 36-year-old sales assistant at office supplies store who enjoys running, blogging and upcycling. He is creative and reliable. He has a degree in computing. Physically, Dan is slightly overweight but otherwise in good shape.

Or you can just copy and share this url